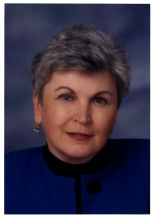 During her time in office, city council passed several noteworthy measures, including domestic partner health benefits, support for America the Beautiful Park and downtown development, and much more. She consistently emphasized the importance of public input.

“Mary Lou Makepeace is an outstanding advocate who has focused on equality, collaboration and hard work throughout her service to our community,” said Mayor John Suthers. “She is a role model for women and for all leaders who dare to stand up for what they believe.”

After her city service, Makepeace became the Executive Director of the Gay and Lesbian Fund for Colorado and served in many other positions, including Executive Director of Leadership Pikes Peak. She remains active in the community and currently moderates a podcast for Pikes Peak Women. Makepeace enjoys spending time with friends and family, including her three grandchildren.

“My mother taught us that there are people around us who may not have as much and who may need a little help,” said Makepeace’s daughter, Marylou Berg. “Just because somebody isn’t exactly like you, that doesn’t mean they don’t deserve to be treated equally.”

It is now my pleasure to present this year’s Lifetime Achievement Award.

I would like to begin by recognizing the past recipients: Nancy Lewis, Harry Hoth, George Fellows, Mary Ellen McNally, Chuck Murphy, Kathy Loo, and Bill Hybl.

Today, we celebrate the accomplishments of someone who fits easily on to that impressive list of leaders. Mary Lou Makepeace is a name you likely know. Her service to this city was historic in many ways and focused on making sure everyone’s voice is heard.

She started her career in Colorado Springs helping victims of child abuse, and went on to serve in many roles where her trademark became assisting and including others in countless ways.

Before I welcome Mary Lou to the stage, please join me in watching this video tribute.

It’s my pleasure to welcome Mary Lou Makepeace to the stage and present her with the 2021 Spirit of the Springs, Lifetime Achievement Award.