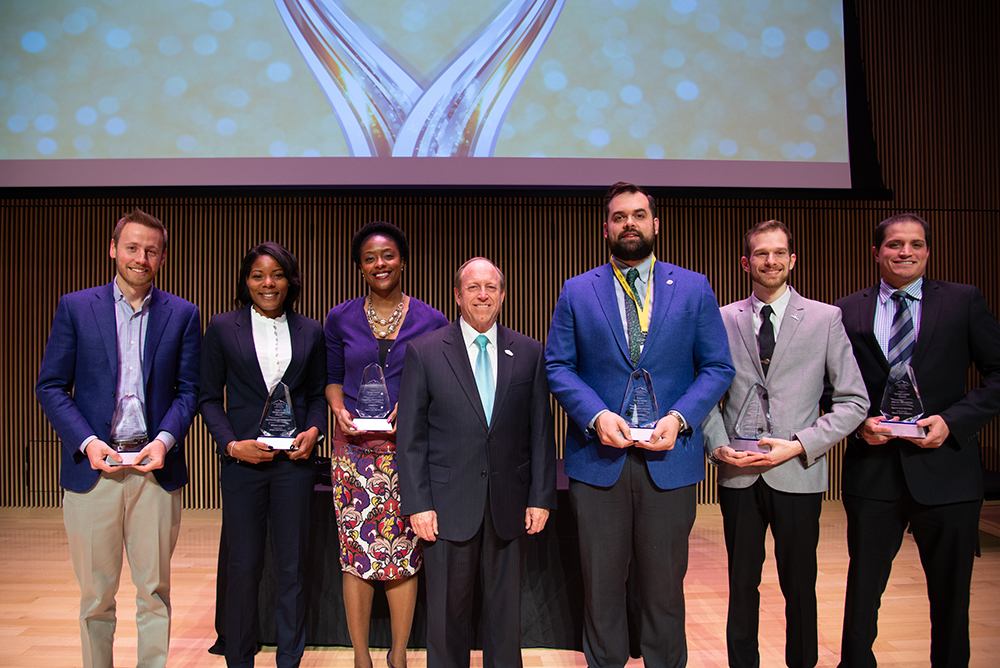 Mayor John Suthers recognized six individuals for making extraordinary efforts in their field while having a positive impact in the Colorado Springs community. Launched in 2015 to celebrate the outstanding achievements of young professionals age 40 and under, the 2019 winners were selected from 30 finalists across six categories, including Military Leader which is a new category in 2019, after a record number of nominations were received.

As executive director of the Quad Innovation Partnership, Eichengreen has doubled its size every year for the past three years. The board chair of Peak Startup and part of the UCCS Regional Connect steering committee, he is also leading a research project to identify viable ways to increase City Council pay with Peak Partnership, a nonpartisan strategy organization.

Whitaker, an associate professor of education, emphasizes educational equity and social justice in her courses at Colorado College and promotes inclusive teaching practices through her work with educators in the Pikes Peak region. She has also served on several boards, including the school board for Pikes Peak Charter School and the advisory board for the Matrix Center for the Advancement of Social Equity

As a squad leader in the 984th Military Police Company, Staff Sgt. Kendricks successfully trained and prepared her squad to deploy to Qatar ISO Operation Spartan Shield. Her dedication resulted in her being named ASG-Qatar NCO and Soldier of the Quarter. While in Qatar, she volunteered in a school off-base, introducing students to the game of baseball. Kendricks also regularly volunteers with the Humane Society of the Pikes Peak Region where she has contributed more than 200 hours.

As president of Colorado Springs Little League, a volunteer position, Moreno has substantially increased enrollment and expanded the program to include a fall league, offering kids a safe and fun environment to learn and grow their baseball abilities throughout the year. He also is the founder of the Colorado Springs Mountain Lions, a non-profit youth sports organization; coaches baseball and basketball; and volunteers as an ambassador for the Muscular Dystrophy Association, actively fundraising for the organization. Moreno works as the business operations manager for Syscom, Inc., which specializes in government contracting and is headquartered in Colorado Springs.

As director of business and government initiatives for the National Cybersecurity Center, Senti built a successful pilot program to test mobile voting on a blockchain platform. So far the program has expanded to four states, enabling thousands worldwide to vote securely. He volunteers in a variety of roles for Pikes Peak United Way, the Colorado Springs Chamber and EDC, the Colorado Institute for Social Impact, Peak Startup, Exponential Impact, and the UCCS Renew North Nevada focus group. 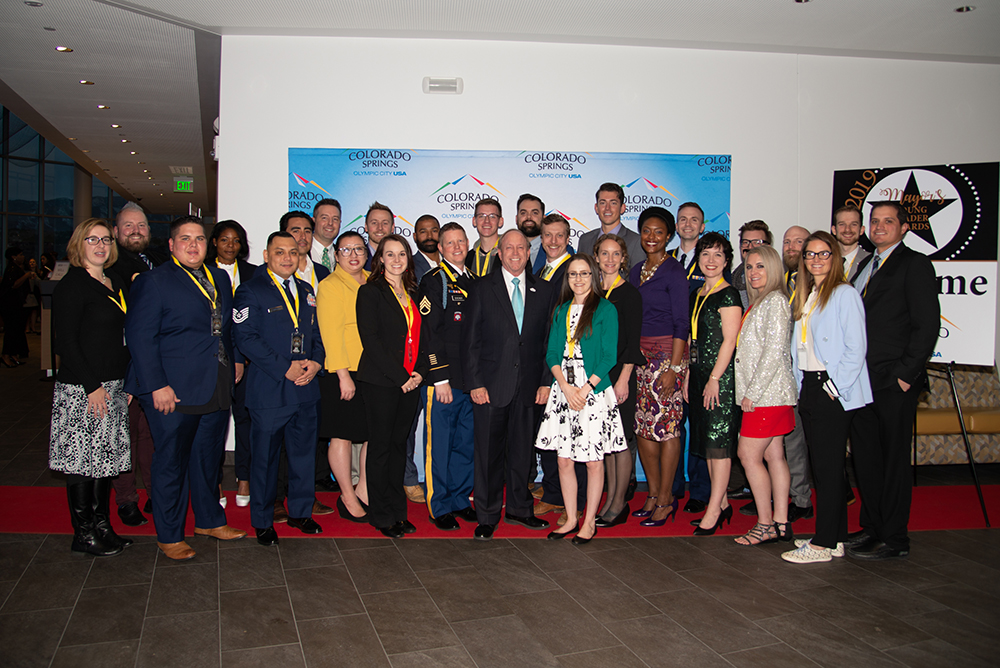 The Mayor's Office announced its finalists for the sixth annual Mayor’s Young Leader Awards. Launched in 2015 to celebrate the outstanding achievements of young professionals age 40 and under, a record number of nominations were received during the nomination period (Aug. 2-30).

Of the nominees, 30 finalists have emerged across the six award categories. The finalists, who all live or work in Colorado Springs, are as follows:

To sponsor or for more information on sponsorship, please contact Donna Nelson at donna.nelson@coloradosprings.gov.